Authorization module is the most complete module in Signum Extensions. It contains all the necessary stuff to write a complex multi-role application without letting this complexity invade your code.

On its basis it provides two simple entities:

Additionally, it provides the screens for managing those entities and basic windows / pages for login, change password, etc… There's no page to let users self-register in the system since it depends too much on the application, so if necessary you'll you can write your own.

On top of this, there are three sub-modules to improve some common scenarios:

But where Authorization module shines, is in the rich set of authorization rules to enable or disable access to each role to different sources.

It’s possible to export an XML file with the role graph and their permission rules from one environment and import the file into another environment. 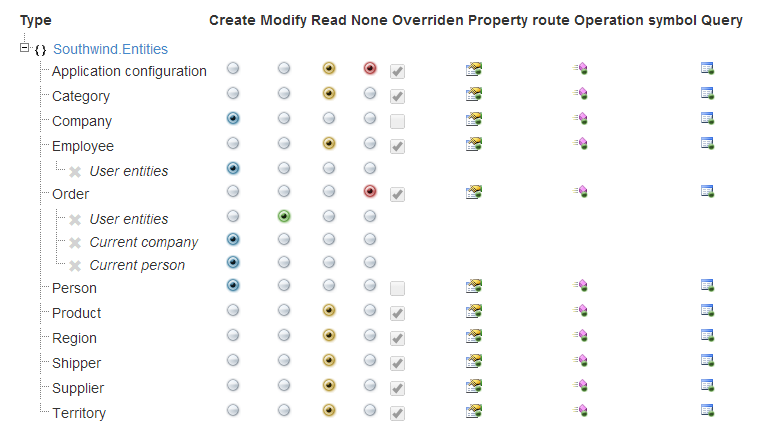 The result is a flexible authorization system where end-users are able to:

Additionally, the developers are relief from a lot of complexity associated with security restrictions:

Turn back to Signum Extensions